Tre mostre is a collaborative project between not only the artists Elena Mazzi & Elisa Strinna but including a participation of Trial Version, a curatorial team composed by Marco Di Giuseppe, Michela Lupieri, Valeria Mancinelli, Chiara Nuzzi, Stefania Rispoli, and Elena Mazzi herself, that seeks similar objectives from the apprehension of the contemporary art scene in Italy. The collaborators seek to pose questions to the respective audience and strive forth not singularly for aesthetical purposes, however provoking questions that surmount to the intention of change – highlighting especially (their definition) of disaster, in both natural and cultural senses. In previous collaborations (Articolazioni oltre il linguaggio, Massimodeluca Gallery, Mestre, IT) the artists have similarly explored the notion of the relation between humanity and nature and the language they share. This collaboration extends to an assemblage of human connectivity and thus forth the connection they outline in nature.

The exhibition itself is held in a gallery space reopened for the exhibits purpose. The air of energy once entering the main mid level exhibit is palpable and sets the tone of severity and excitement.

The exhibit is contained within the many alcoves that gallery offered and each offered differing reactions. The low pitched humming of the stone centrally placed in the largest room of the gallery (Articolazioni Oltre il Linguaggio, la materia ed il suo ritmo, 2013 – 2014), combined with the acoustics of the high ceilings creates at instant atmosphere of excitement and industry – quite at odds with the significance the piece illuminates. This area displays works by Elena Mazzi and Elisa Strinna, including a vocal arrangement of American equities on a screen (Articolazioni Oltre il Linguaggio, la materia e le sue declinazioni, U.S.A. Equities 1871-2011).

The second floor of the gallery contains a collection of referents by Elena Mazzi. To the left an assortment of beautiful curiosities, such as dried flowers from the banks of Venice’s river plains presented on a mismatch of hand drawn & printed cartology and texts. The focal wall is a collective film disclosing the hidden nature of Venice, both in an exploration of artisan workshops and the degradation of nature and culture due to the tourist industry. In fact, the exhibit’s opening at the turning of spring further ensues the importance of attention to the dilapidation of nature in modern Italy.

The lower floor level contains the work of Elisa Strinna. The famous fruit basket of Caravaggio has been re-worked in mono prints outlining the globalization of the relationship we have, and had with nature. Exotic fruits have been beautified, outlined with glossy veneers and exteriors, whilst across the room we find the silicon husks of the same fruits, empty in the promise of delight. Although each aspect of the collection denotes an important message to the audience, it is difficult for those unenlightened to derive meaning behind the obvious aesthetics of each piece ‘mi piace, è bellissimo’ was a prominent response to the film shown and this is something to highlight. The notion of beauty in context should be irrelevant however it is a continuing epidemic of human nature to firstly notice the beauty in something, regardless of its message or significance.

A poignant moment for all that attended the opening of the show was, of course, the reaction induced by listening to the soprano performance. A incredible personal interpretation of the inclinations and declines of the American stock market from 1871 up to 2011 which again was thrust with dualities, the beauty of the singers vocal achievements and the notions behind the constant resurgence and reemergence of crisis and contamination throughout this scrap of history. The performance begged the question: is humanity fated to repeat these actions as the projections suggest, or are we as a collective able to end the cycle we have made for ourselves? In a constant quest for the new, the coveted, the mass produced, are we creating an inescapable creator of insignificance to our lives – this in turn begs another question however – without this inherent human lust – would we have ever developed as a species at all? There is without a doubt a purpose to constant development and without this drive we would surly not have surmounted to evolution of the arts, of science, of philosophy, of intelligence.

Whilst discussing with the artists their intentions for this collaboration, it is clear that both have a passion for expressing cultural issues, trying to strive away from the aforementioned aesthetics; for naive purposes. Instead they intend to create a visual language to raise awareness of both global and local concerns- a language which for them is a directly divulged from nature and made intelligible through art and sound. For Elisa, globalization and our relationship with nature is at the forefront of exploration of her work – she continues throughout different projects to develop the notion of creating a language directly derived from nature and translating this into something relatable to human understanding. Elena similarly envelops herself into our comprehension of destructive coexistence with nature, and through our intention to continuously progress whilst at once highlighting the previous progression  of artisans before us- our actions thus become asinine.

Our relationship with nature to me is similarly comparative to our relationship with money, it sustains us silently, we are dependent upon it, yet however regardless of this obvious fact, we as humans, are intent on abusing it. This can be seen both in the stock market projections highlighted in the exhibition and the evolution of plant development surrounding the cruise liner infested waters of lagoon of Venice (see the pieces Lacuna and U.S.A. Equities 1871-2011).

A connection of ideologies presented by both artists can be seen in the ‘perception of reality’; Elisa Strinna highlights this in her silicon moulds of the exotic promising fruit, rendering a juxtaposition to their tasteless, reproduced 21st century nature – whilst Elena Mazzi’s work highlights the perception and pre connotations that the booming tourist industry has not uniquely had on the natural habitat of Venice but also the affects on craftsmanship. the direct correlation between the influx of tourism and the loss of artisanship within the community of Venetians – Elena stating to me that ‘the tourist industry in Venice has a particular vision of artisanship, this being exclusively centered around glassblowing  demonstrations’ shows our exploitation of both nature and local artisans, in the end both the growth of foliage and plants in Venice and the growth and development of true artisanship is disintegrating before us producing and reproducing something to such an extent that beauty is lost and advancement is unattainable 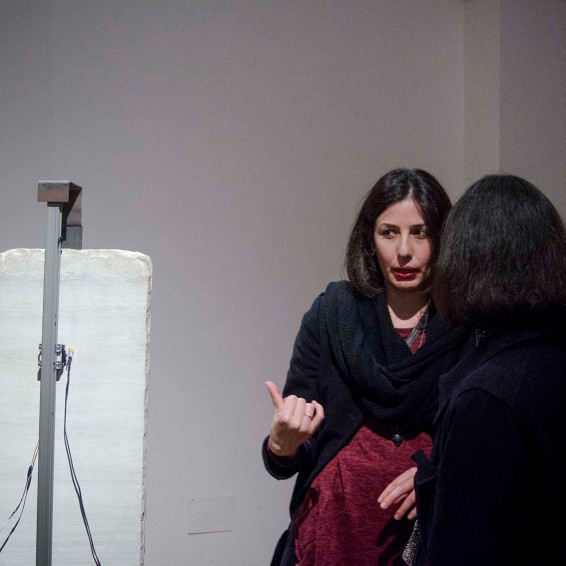 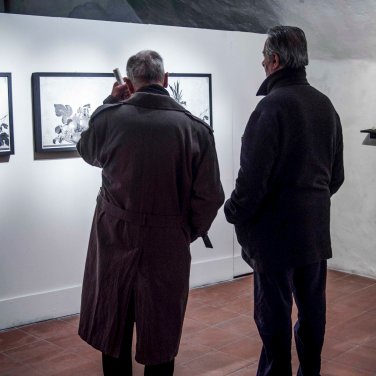